Sundays in the church

Sundays in the church

Every Sunday the church opens its doors with a variety of programmes including: 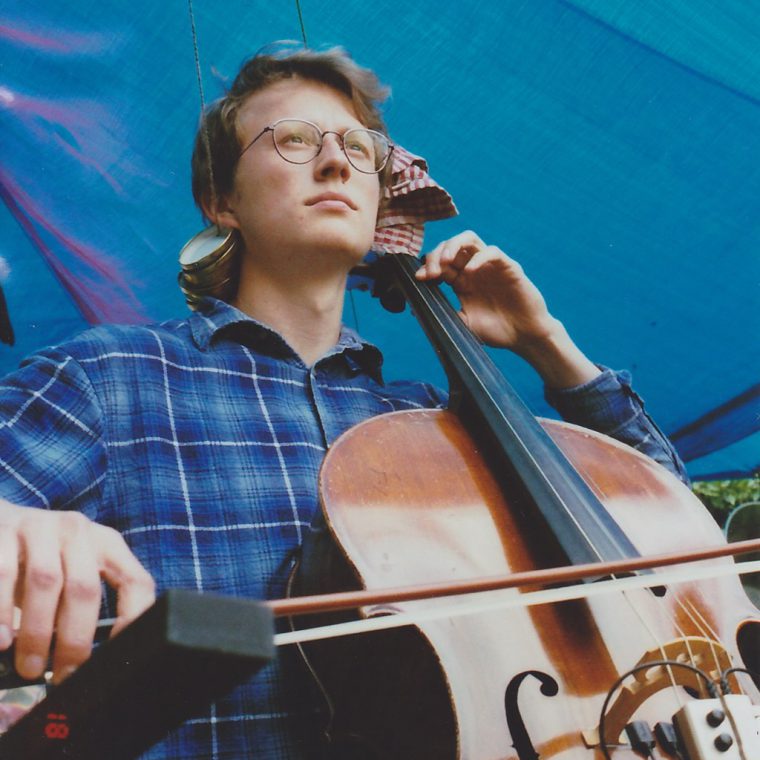 Meander with me through the most beautiful melodies

It started with a party and two moustaches. Brendan and Krien are two friends, one being a classical connoisseur, the other a Ruigoord regular. They both have a passion for beautiful music in unusual places. Together they invite you to come to Ruigoord and enjoy classical music of calibre.

Every first Sunday of the month you are welcome for a healthy portion of classical music in the church of Ruigoord, the live concert starts at 4 pm. Brendan Jan Walsh presents both the emerging and established talent in his musical world. Sometimes purely classical, other times mixed with different music genres and art forms. And always mixed with passion, conviction, and love. How could it be otherwise, in Ruigoord…

The Word is our monthly literary programme and has its roots in a colourful past. In the 1970s, a variegated group of word artists travelled around under the name Amsterdam Poets Circus. In varying and always spectacular line-ups the group performed both at home and abroad. Diana Ozon, Johnny van Doorn, Simon Vinkenoog, Hans Plomp, Omoroka, Aja Waalwijk and many others participated in these happenings. Foreign guests such as Lawrence Ferlinghetti, Louise Landes Levi, Heathcote Williams, Ira Cohen, and Eddie Woods also liked to join in if they were in the area. Publisher Jos Knipscheer and globetrotter “Soyo” Benn Posset organised a festival that became one of the most important poetry events in Europe: One World Poetry, in which the Poets Circus fully participated. ‘We encountered Patti Smith, Allen Ginsberg, Linton Kwesi Jones, Nanao Sakaki, William Burroughs, Jean-Jacques Lebel, Yevgeny Yevtushenko, and other “greats” of that time. This resulted in a tour through the US, with the participation of Remco Campert, Jules Deelder, Simon Vinkenoog, Leo van der Zalm and Hans Plomp. The famous publishing house City Lights published translations of our poems (1982). With Rudolph at the wheel of the Airbus, the Balloon Company travelled with One World Poetry to an unforgettable festival in the revolutionary city of Bologna. Rob van Tour had meanwhile joined the staff of One World Poetry and after the death of Soyo Benn, Rob and Hans set up a stage for the avant-garde in Ruigoord: The Word.’

After Rob moved his activities elsewhere, Yvonne van Doorn and Hans formed a great couple, who for decades have been conjuring up a fascinating monthly literary programme on the church’s stage. More than 1,000 word and music artists from all corners of the world have performed at The Word and the annual Fiery Tongues festival.

This cultural treasure is preserved in the audio archive that our sound lady has been recording since the beginning of this century. 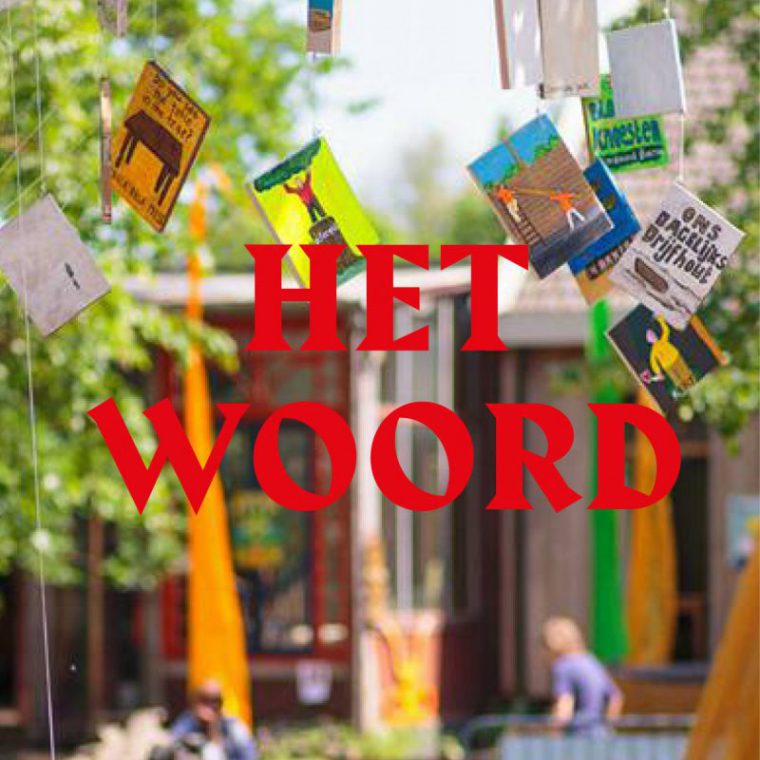 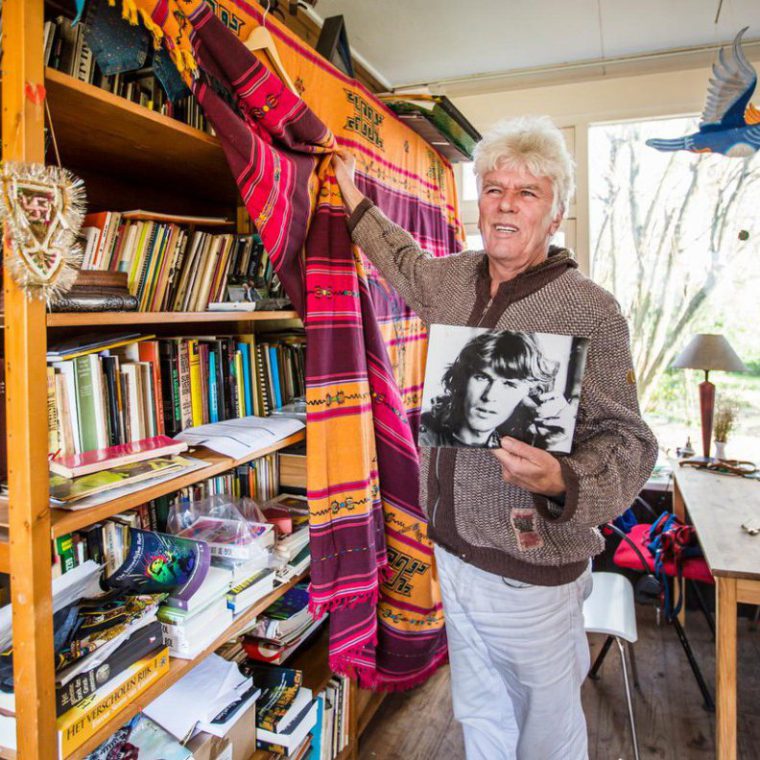 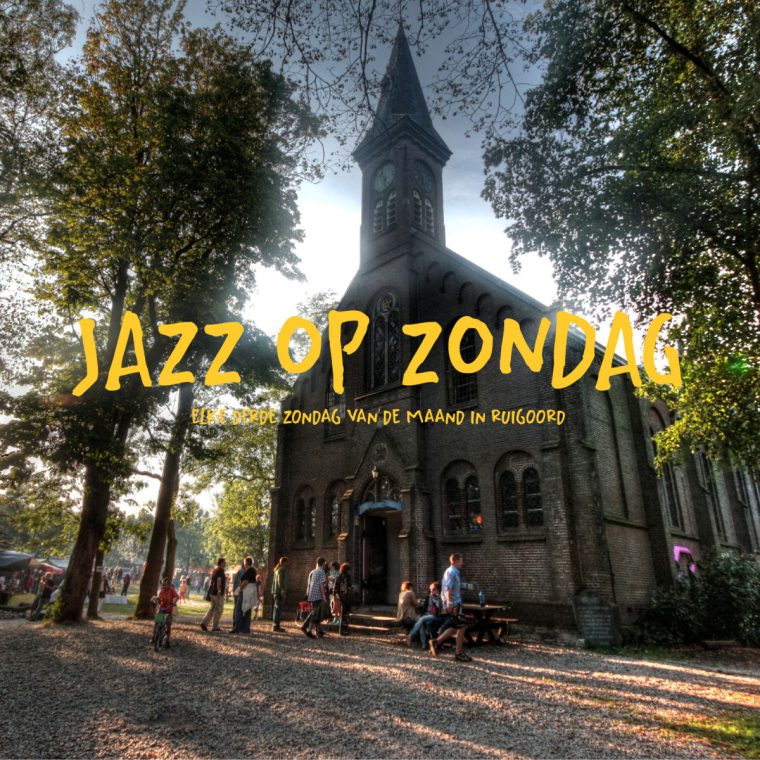 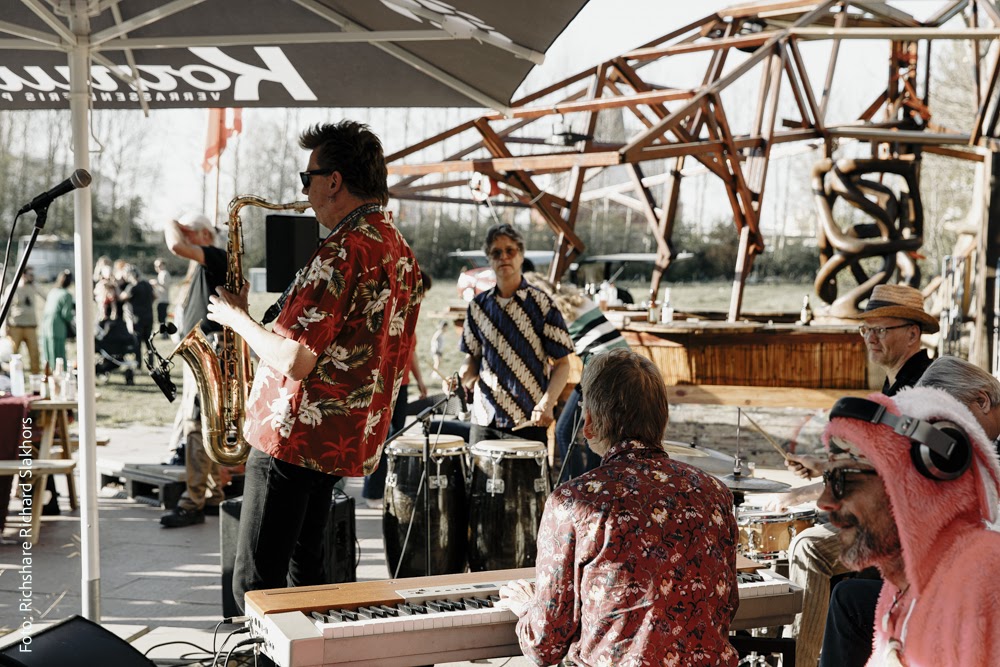 For almost 20 years, drummer and percussionist Olaf Keus has been providing the monthly jazz concerts in the church and not only big Dutch stars but also many foreign jazz and crossover artists have enriched our stage.

The band 4Sure with Pablo Nahar, Efraïm Trujillo, Franklin Caesar, Mark Milan, Praful and of course Olaf has been the backbone since 2002 and plays swinging jazz that is especially funky because of the ever-present love of Latin. The Brazilian and Latin-American influences are kept alive by exciting new guest appearances, such as Célio Roberto Silva, Simone Sou, Nita Aartsen, Michelle David, and Ronald Snijders. Because of the diverse range of styles and artists, no two afternoons are the same. In addition, there are gorgeous jazz records by djsarah, and there is always delicious catering providing great culinary enjoyment. A few highlights were Sven Schuster’s Amstel Big Band, Efraïm Trujillo’s Amsterdam Funk Orchestra, the Big Bands of the late Peter Guidi and the Bijlmer Steelband. Don’t forget that often enough the audience will also dance the night away with Benjamin Herman, Anton Goudsmit, Deborah Carter, Ramón Valle, Mike del Ferro and Rinus Groeneveld. JazzPortRuigoord, on every third Sunday of the month has become an exciting recipe for a swinging afternoon in the church or on the terrace.