The Landjuweel festival is the oldest festival in Amsterdam. It originated in 1975 under the name “Kite Festival” and was organized by the Amsterdam Ballon Gezelschap (Balloon Company) based in Ruigoord. They are also well known for creating the annual Balloon Party in Paradiso. Numerous artistic organizations and groups took part in the Kite Festival.

The successful mix of kite flying, cultural activities and recreation caught on and soon was organised four times a year on several locations in and around Amsterdam. The success of the Kite Festival led to the annual Landjuweel at Ruigoord: a multi-day open-air conjunction between guests, visitors, artists, performers, and birds of paradise from all over the world.

The name was chosen from the idea of participation and cooperation with all kinds of other cultural and creative groups. In the 17th century, ‘Landjuweel’ was a competition for amateur poets and elocutionists, it still exists in Brabant and Flanders here and there, and evolved into a competition of marksmen’s guilds.

Nowadays the Landjuweel is an annual traditional highlight in Ruigoord. The emphasis of this contemporary artistic event has shifted from having a passive audience to a participatory one: a large proportion of those present at the Landjuweel volunteer to contribute something to the festival, not only on a creative level but also in more humbler sectors such as organising, building, dismantling, and cleaning. In this way, the Landjuweel every year creates a festival suitable for young and old, creating spontaneous encounters and flourishing love and a place where everyone can connect with the core values of Ruigoord. 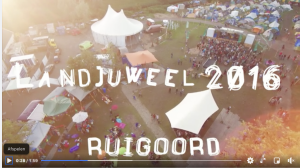 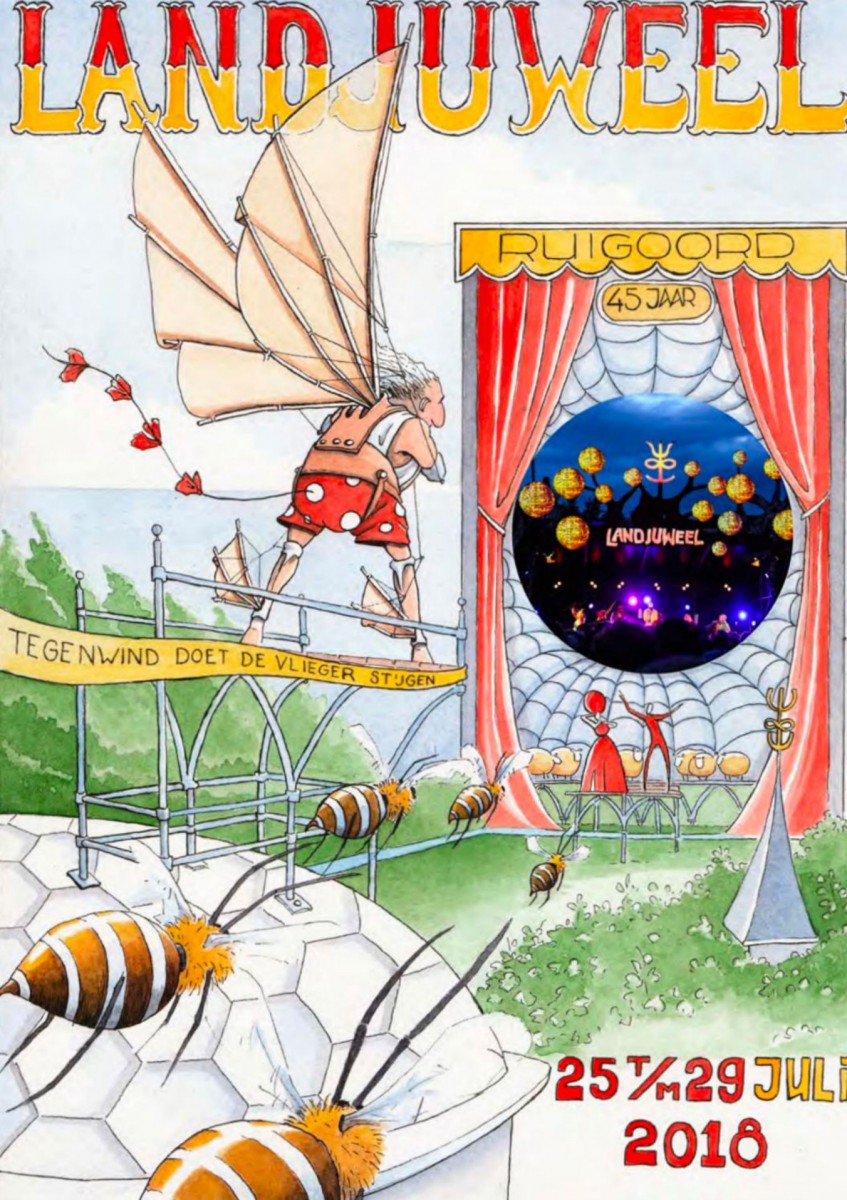 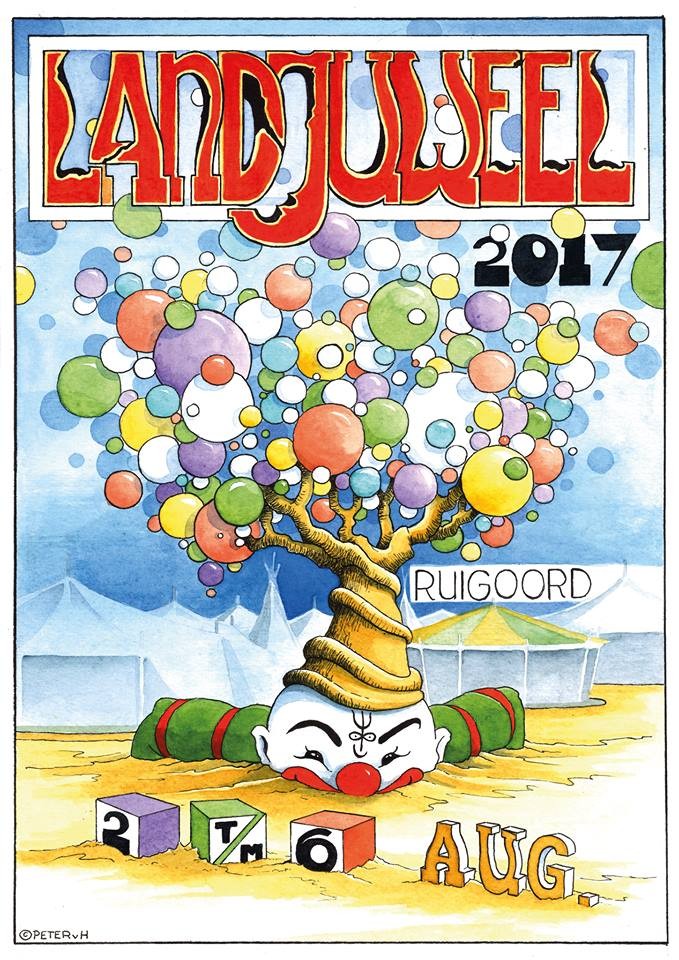 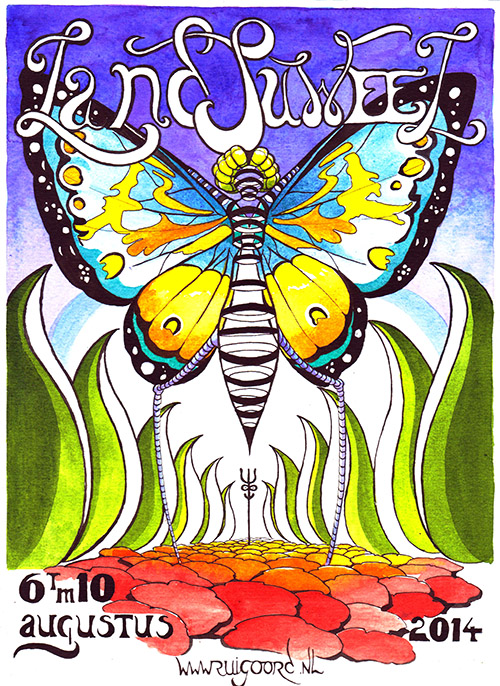 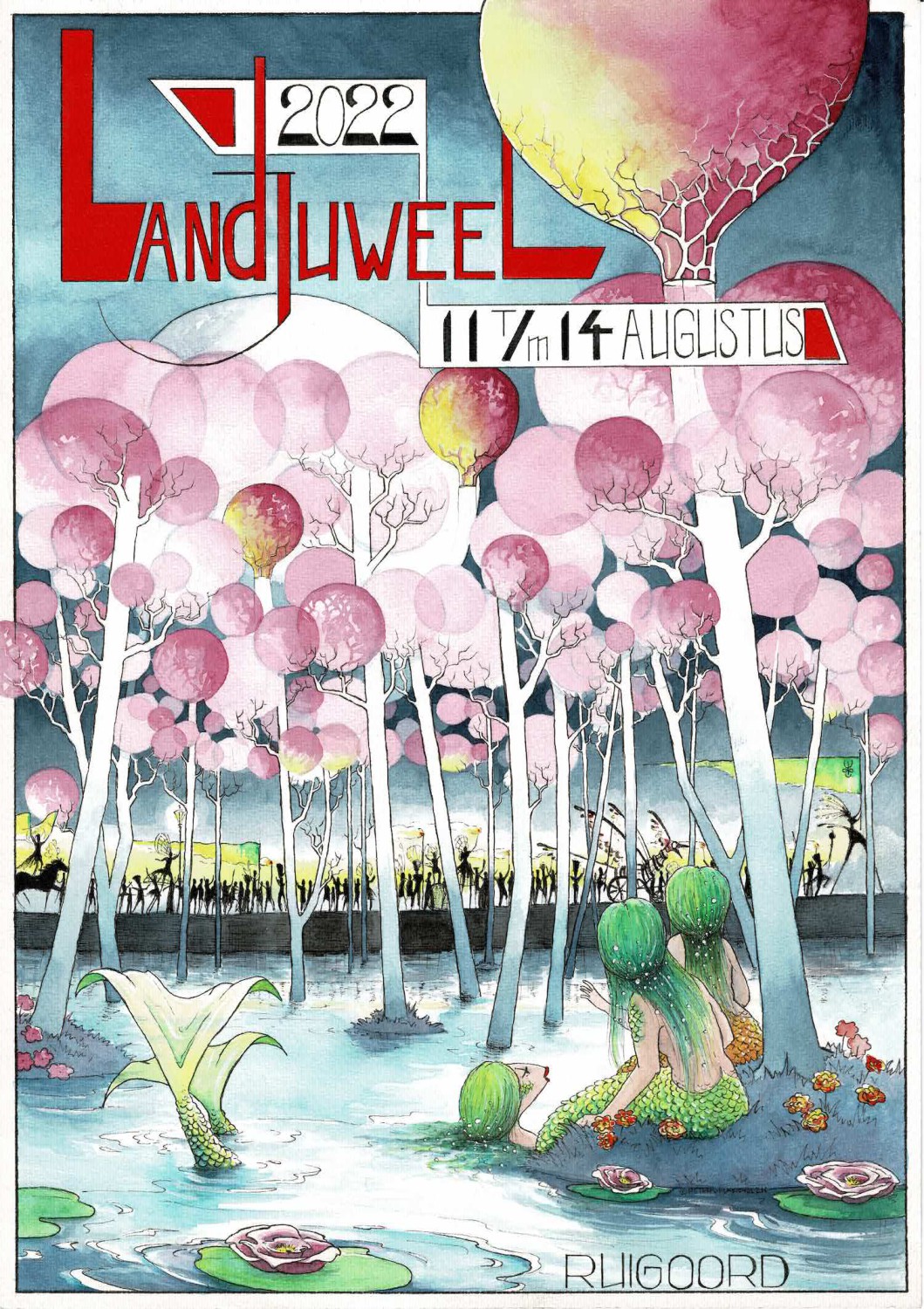