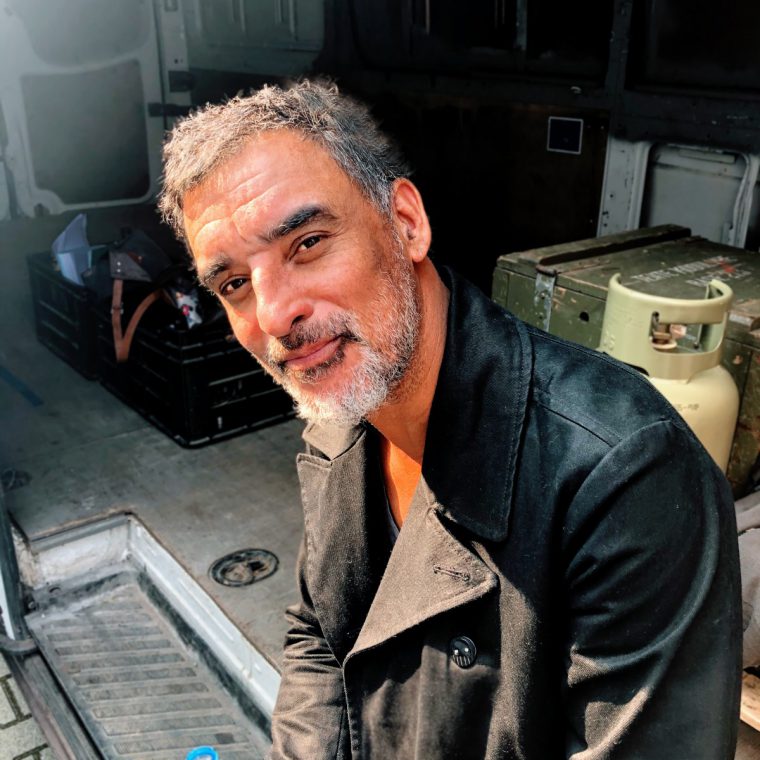 ‘I was born on 15 May 1963, and after secondary school, I was accepted at the Royal Academy of Visual Arts in The Hague to study graphic design, from 1980-1984. I also took evening courses in drawing and painting at the KABK and an art direction course under Wim Ubachs at the academy in Rotterdam. Started an internship with Guido Bouvy as assistant art director in Amsterdam, meanwhile working as a free artist at atelier Jan Rothuizen. Then onwards as a visual artist. 1996/1998 Madrid co-founder of Chaos Entropy, a foundation and publishing house engaged in providing information and publication translations on mind-altering drugs and grid free living. Assistant to Herman Brood, co-founder of the Amsterdam Modern Artprints company, co-founder of club Loos. Had many solo and group exhibitions in the Netherlands and abroad, then lived in New Mexico, USA, studied cremation handbuilding pottery, mixed media arts and sculpture building. Had several solo exhibitions in Los Angeles, California, as well as creating collections in various Dutch galleries and galleries in Europe.’ With partner Anouk Jutta he is a co-resident of the creative hot-bed the Nieuwe Meer, Amsterdam. Has a studio in Ruigoord and a workshop in Zaandam. Has had working trips to Delhi, Udaipur, India, doing productions in collaboration with Peter Wilms. Is represented in several galleries in the Netherlands, please see Google, Pinterest, and Instagram.

What does it mean for you to have a studio at Ruigoord? And for your work?

‘The creative feedback, interaction and cross-pollination between like-minded people in a unique location!’